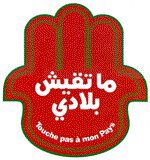 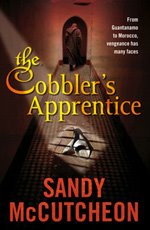 This site best viewed with Firefox

Facebook profileFriday, August 04, 2006 Poor quality of travel writing about Morocco. Why do they bother"That could be the question asked about so many stories written aboutMorocco. Time and again they pull out the tired old cliches about"mystery" and "romance" and miss the real story which is about avibrant and interesting culture in a country blessed with greatgeography and cuisine. So why do they write about Bogart and theArabian Nights"The latest poor offering comes from Australian Mike Osborne writing in the South Australian tabloid papers.Here is a sample:HUMPHREYBogart's oft-misquoted words from 1942 film noir classic Casablancawere the inspiration for a romance-filled trip to Morocco.Looking at a map, romance and mystery seep out of names such as Marrakesh, Tangier, Fes and Rabat.Modern Morocco blends mystery, romance, poverty, sleaze and hustle in about equal parts.Thesetting for Bogart and Ingrid Bergman's doomed romance is now thecountry's economic engine with a population of five million.There is a gin-joint called Rick's Cafe, modelled on Rick's Cafe Americain in the movie, but it is one of very few ritzy places.You need to dress up and it'll cost you more than $5 for a beer."Casa",as the locals call it, has a walled medieval town or medina where youcan buy everything from aromatic spices, colourful carpets and amazingsilks to dodgy antiques and adidas and Nike copies.Casa is hometo the largest mosque in Africa the third largest in the world built in memory of current King Mohammad VI's father, Hassan II.Themonolith of concrete, marble and green tiles can be seen from almostevery part of the city and is one of the few religious centres in thecountry open to non-Muslims, provided you pay and turn up on time.Soset aside the romantic notions of Casablanca. Unless you have time tospare, you'd be best to leave it to the memories of Bogart and Bergman.Casa's beaches pale in comparison with those found further south at Essaouira and Agadir.Agadiris a popular holiday destination for Europeans while Essaouira, once ahippie hangout, is a chic beach centre that caters to the movie-starset when they are taking a break from the Atlas Studios based inland atOuarzazate, where films such as Alexander and The Last Temptation ofChrist were shot.North of Casa are the port towns of Tangier and Rabat, the capital.Tangierhas developed a sleazy reputation as a sex, drugs and rock-and-rollhaven for artists and musicians because of its proximity to Spain andsouthern Europe.In contrast, Rabat is clean, bright and modern and feels like a French town, except the many cafes and bars don't serve alcohol.Rabat's medina is probably the safest and cheapest in the country and there is far less hassle as you shop.Thecity also boasts an 850-year-old fortress, the Kasbah des Oudaias,which overlooks the local river and the quiet neighbouring town of Sale.From the Kasbah you can see Rabat's most famous landmark, the Hassan tower, which was started in the 12th century.Itwas planned to be the biggest minaret in the world at 60m high but wasabandoned after reaching 44m. It gets very hot here, after all.While beaches and ports are tourist magnets, it is Fes and Marrakesh inland that really define Morocco.The imperial city of Fes has three parts, new and old towns separated by an old Jewish quarter.Whilethe new town is like a southern French city, with wide cafe-linedboulevards, Old Fes, or Fes-el-Bali, is a world unto itself.Walkthrough the famous Bab Bou Jeloud, or green gate, and you enter a hugeliving, breathing medieval city with streets so narrow only humans anddonkeys can carry goods in and out.An ancient capital, it is now home to artisans, craft workers, museums and Islamic theological colleges.Aone-hour drive from Fes, through olive groves and grape vines, is oneof the great hidden treasures of Morocco: the ancient Roman ruins ofVolubilis.You can wander all over the 40 hectares of amazingruins that clearly show the forum, basilica, fountains, baths andviaducts that brought water into the town.Fes has been described as the symbolic heart of Morocco, but Marrakesh is the country's soul.Thecity's main square is the famous Djemaa el-Fna, where snake charmerswith deadly cobras, storytellers reciting ancient tales from memory,acrobats and jugglers mix with food stalls, cafes and restaurants thatspill into the array of shops that fill the lanes or souqs that make upthe medina.Marrakesh is increasingly popular with expats whoare establishing luxurious riads, guesthouses based on traditionalMoroccan houses set around garden courtyards.The elegantcuisine couscous, tangines, pastilla and sweets is best tasted inthe gracious setting of a riad, rather than on the street.Modern Morocco is a relatively safe, moderate Islamic country where some notion of Arabian Nights romance lives on. Giveme a break! Just for the record, those "deadly snakes" often have theirmouths sewn together and street food is just as interesting and good asin an over-priced riad, and as a footnote about accuracy - Osborne musthave a very, very fast car if he managed to drive from Fez to Volubilisin an hour. Tags: Morocco Fes, Maghreb news

You know, one could probably design a program (in Access, orsomething simple) that woud create these kind of schlocky articles in asnap. It would have drop down boxes for each part of the sentence -Adjective : sultry, mysterious, hot City : Fes, Marrakech, Casablanca...and so on.

I think he hasn't left adelaide to write this "romance" novel!

Did he get paid for this""" I'm in the wrong field!